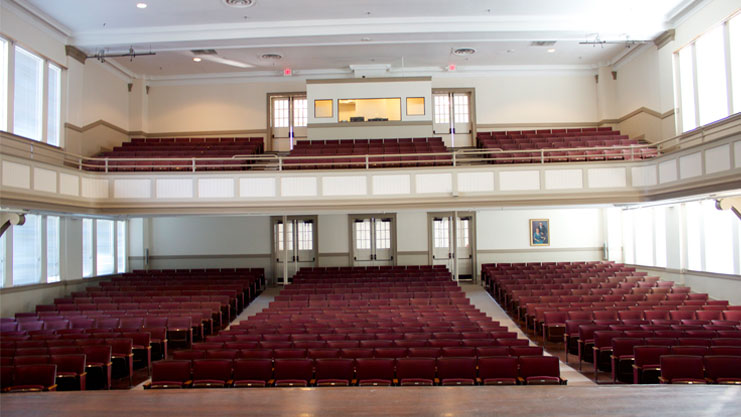 The 2015 Horry County Museum Film Series premiers in January with the film Uncommon Courage, a locally-produced documentary about American paratroopers of the 82nd and 101st Airborne on D-Day. The film is free to the public, and will be presented at 1 p.m., Saturday, January 31st in McCown Auditorium at the Horry County Museum, which is located at the corner of Main Street and 9th Avenue in Conway.

The feature documentary, Uncommon Courage: The D-Day Battle of Gaignes, tells the remarkable story of the little-known battle of Graignes – described as the “Alamo of D-Day.” When the D-Day invasion of France began on June 6, 1944, approximately 180 American paratroopers were accidentally dropped far from their drop zone, and landed outside the small village of Graignes in Normandy – right in the path of a major German counterattack. Assisted by French villagers, the American paratroopers at Graignes made a courageous stand against a force of German S.S. troops that was ten times their size.

“It’s one of the most dramatic stories of D-Day, and yet hardly anyone has ever heard of it,” said author and historian Rod Gragg, who is the producer of the documentary. “What happened at Graignes is an extraordinary example of common people who displayed uncommon courage: both the American paratroopers and the civilians of Normandy who helped them. As this documentary reveals, the story of the battle of Graignes is more than just than military history – it’s also a very moving and inspiring human story.”

The film was produced by historian Rod Gragg, the director of the CresCom Bank Center for Military & Veterans Studies at Coastal Carolina University. Technical director for the production was David Parker, the director of CCU’s Media Services Department, and the documentary’s senior editor was Dennis Reed, who is production manager of Media Services at the university. Uncommon Courage was shot at historic sites in Normandy, France, and its on-camera commentary includes eyewitness accounts by a French survivor of the battle and by World War II veteran Bob Hirsch of Myrtle Beach. The film is sponsored as a public service by Goldfinch Funeral Services, Coastal Carolina University, Joseph Sanders Dentistry of Conway and HTC.

“We’ve been pleased with the public response to the Museum Film Series,” said Walter Hill, who is the director of the Horry County Museum. “We invite the community to join us for the 2015 series, and the first film – Uncommon Courage – is a very powerful opening film with a strong local connection by World War II veteran Bob Hirsch.”

The Horry County Museum Film Series is a two-year event sponsored by the Museum and the Osher Lifelong Learning Institute at Coastal Carolina University (OLLI). It features a historical documentary every quarter in 2014 and 2015. All events are free to the public, and complimentary refreshments will be served at each screening.